After A Few
Travis Denning 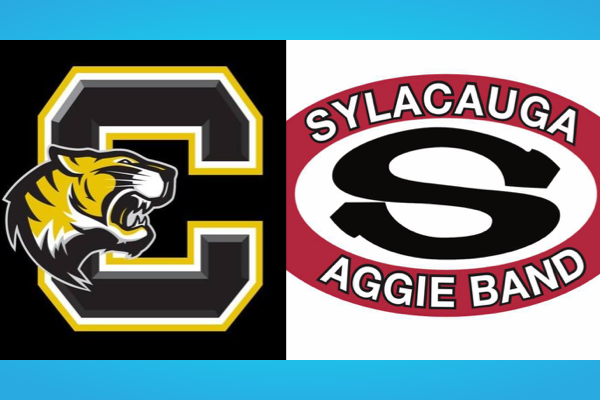 SYLACAUGA, Ala. – As Christmas is approaching, everyone seems to be looking for quality Christmas music. Luckily, you don’t have to look any further than two local high schools: B.B. Comer and Sylacauga.

B.B. Comer’s band will be teaming up with Sylacauga Care House this year for its concert, Comer Cares at Christmas!

In this concert, BBC Jazz Ensemble will be performing Santa Baby, A Charlie Browns Christmas, The Grinch that Stole Christmas, and Jingle all the Way. Beginning Band will perform Rocking Ole St. Nick, Rudolph the Red Nosed Reindeer, Deck the Halls, Jingle Bells, and We Wish You a Merry Christmas. The Concert Band will finish the night with Tidings of Joy, Rocking around the Christmas Tree, A Peaceful Christmas, O Little Town of Bethlehem, and Grandma Got Ran Over by a Reindeer. The concert will be on Dec. 6 at 6:00 p.m. in the B.B. Comer auditorium. Everyone is asked to bring two canned food items for admission to help those in need during the holidays.

B.B. Comer’s marching band, Marching Sound of Gold, will be performing in the Sylacauga Christmas Parade Dec. 9. It had a great marching season in 2017. Its halftime show, Rock of Ages, included Wanted Dead of Alive, I Love Rock and Roll, Paint it Black, Any Way You Want It, and Bohemian Rhapsody. It competed in the Phenix City Marching Band Competition and received All Superior Ratings in the categories of Band, Drum Major, Color guard, and Percussion and Best in Class in Color guard. It received Superior Ratings in Drum Major, Color guard, and Percussion and an Excellent Rating for Band in the Heart of Dixie Band Competition in Prattville, Ala. as well.

Sylacauga High School’s band will be performing its Winter Concert on Dec. 12 at 7:00 p.m. Two bands from Nichols-Lawson Middle School, the Intro to Music Class, the Concert Band, and the Jazz Band, will all be there to entertain with classic Christmas music. The majorettes and color guard will also be performing throughout the concert.

SHS Marching Aggie Band will also be performing in the Sylacauga Christmas Parade. It had a great season with its halftime show, This Is It with the songs Get Ready, I Feel Good, Funk Soul Brother, River Deep Mountain High, We Got the Funk, I Want You Back, and Respect. It received all Superior Ratings and color guard received Excellent Ratings at its first competition in Gadsden. The band received Superior Ratings its second band competition in Troy.

No joke! Gospel group The Hoppers to perform in Sylacauga on April Fools’ Day