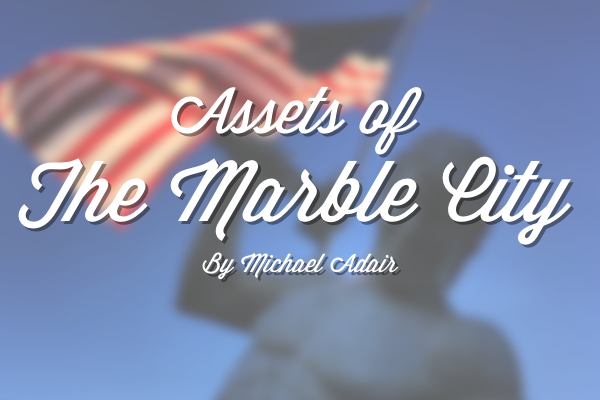 In the second edition of Assets of the Marble City, one of the long-standing pillars of excellence in our great town: Coosa Valley Medical Center, will be featured.

As discussed in the January edition of Assets in the Marble City– in the financial services world clients are often advised on the two distinctly different sides of their balance sheet: the asset side and the liability side.

Webster’s Dictionary defines an asset as “an item of value.” This differs vastly from the definition of liability, “one that acts as a disadvantage or obligation.” So, by definition, assets are far more exciting to discuss in the world of finance — and hope to be as exciting to focus on in this column every so often.

Coosa Valley Medical Center (CVMC) is, by all accounts, an asset. It is one of the greatest aspects of Sylacauga and almost certainly our most valuable economic contributor (in terms of single entity economic impact.)

First, let us explore why a medical center is important in a community like ours.

Across the nation, hospitals are key pieces of the social and economic vitality of cities. Nationally, hospitals employ more than 5.7 million Americans and spend more than $852 billion on goods and services while generating over $2.8 trillion of economic activity. It is predicted that the healthcare industry will grow faster and add more jobs than any other industry over the next decade. The mission and economic activity of hospitals tie them tightly to their respective communities.

Local medical centers have the ability and incentive to leverage resources for community revitalization and growth probably more than any other industry.  Hospitals are also key elements of the health and care of communities. They provide community wellness initiatives, they help drive down the costs of services (by making it more affordable for citizens to receive care for chronic conditions), and they provide a local place for important care in times of need — such as childbirth, acute care, end of life, and chronic condition care.

It all started in Sylacauga when our citizens grew tired of driving an hour or more for healthcare. On April 1, 1945, Sylacauga Hospital opened its doors with the distinction of being the only non-military hospital built in the U.S. during World War II. The city continued to grow and so did the Sylacauga Hospital, as three major additions were made to the original facility between 1963 and 1980. As its service area expanded, Sylacauga Hospital changed its name to Coosa Valley Medical Center. In 1995, the facility was purchased by Baptist Health System but returned to local ownership in August of 2004.

CVMC is organized as a healthcare authority under the Alabama Act of 1982 and it is effectively in a partnership with the City of Sylacauga for board oversight (the City appoints four of the seven board members). The other three members are self-appointed by the health care authority. The current board is composed of: John Floyd (chair), Jesse Cleveland (vice chair), Dr. Bill Mims, Jerry Fielding, Dr. Mamoun Pacha and Dr. Shirley Spears.

The hospital is structured as a 501c3 (non-profit) for tax purposes. In my opinion, this is very important. Many hospitals in our nation are “for profit” including some that are publicly traded. These hospitals exist to make money for their owners or shareholders. In contrast, CVMC and non-profits exist to serve the community and not make a profit — rather they reinvest the money into their operation. Having a non-profit hospital in Sylacauga is a huge plus.

CVMC, in my view, plays two important roles in our community.

One is serving our people — health (caring for our sick) and wellness (trying to keep us from getting sick). An eye-opening small sample of the healthcare impact the hospital had in our community over the last year (annual data): 3593 inpatient admissions, 36,923 outpatient visits, and 26,925 ER visits. This is just a look at high level statistics and doesn’t include the countless other services CVMC provides.

The other role is the economic impact. Let’s spend some time exploring. I think it will surprise you.

First of all, let’s lay the ground work.

CVMC ended 2018 with a robust balance sheet — which included about 400,000 sq. ft. of space (as estimated by building manager Keith Knox) in the main hospital, the professional office building near the hospital, the medical arts building and the Childersburg clinic. It would also be hard not to highlight Hickory Street Café, a staple for catering (my favorite Wednesday night meal in our church) and dine-in food in town. The hospital has a payroll (510 employees and $23 million) that is as large as any in our area and is a key piece of local economy. So right on point, almost half of the revenue the hospital receives goes right back into payroll, which in-turn goes right back into this community.

CVMC has a direct economic impact on our area by providing jobs and by purchasing goods and services from other businesses, and it has an indirect impact because of the goods and services purchased by employees and vendors of the hospital. The staggering total estimated economic impact of the hospital on the local economy is approximately $140 million per year. The total jobs estimated to be created in Alabama due to CVMC is 1,465 and the total labor income generated by the hospital is estimated at $55 million annually.

So, my friends and fellow neighbors, please recognize how important our medical center is to our town. I can’t envision a Marble City without this key piece of our puzzle. For our town to prosper, we need our medical center to prosper. It’s a challenging time for community hospitals in our nation, so we must rally around and support CVMC.

Let’s also take a look at some recent awards for CVMC:

In closing, I want to tip my hat to the great folks — our fellow citizens and friends at CVMC — they make this such a great asset of the Marble City, USA.  I’m proud to call CVMC my birthplace and the main place to which my family goes for our healthcare!

Until next time, let’s remember to treasure our valuable assets,

Michael Adair is a managing director with City National Rochdale, a New York-based investment firm. He was a member of the 1997 state championship baseball team at Sylacauga High School and he earned a finance degree from the University of Alabama in 2001. Michael, his wife, and their two children live in Sylacauga and are active in their church.