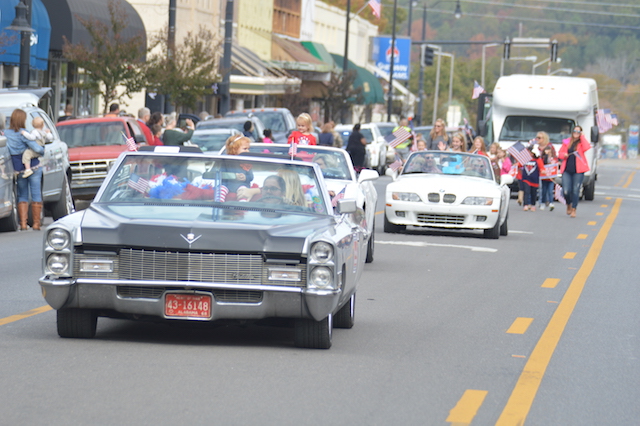 SYLACAUGA, Ala. – Each and every year Sylacauga comes together to celebrate our veterans in the Sylacauga Veterans Day parade.

The parade will begin tomorrow at 10 a.m. by Sylacauga High School and go downtown from there. It is advised that people get there line the streets at 9:30 a.m.

The parade is a chance for our local veterans to go for a ride and be honored by the people of Sylacauga.

“There will be some antique military vehicles, school bands, along with the Boy’s and Girl’s scouts,” said Jon Hall, president of the Vietnam Veterans of America chapter 945. “Southern States Bank will be leading the veterans group with a flag for each service of the U.S. armed forces.”

According to Hall, the memory wall will be at the parade once again. The wall includes a list of the veterans who have passed, and the wall is signed by the veteran’s family.

The parade normally has great attendance, and this year Hall is expecting more.

“I anticipate a large population there on Monday morning if the weather holds because it has been growing and growing,” said Hall. “Some people are driving a couple of hours just to participate in our parade.”

In 1919, President Woodrow Wilson proclaimed, “To us in America, the reflections of Armistice Day will be filled with solemn pride in the heroism of those who died in the country’s service and with gratitude for the victory, both because of the thing from which it has freed us and because of the opportunity it has given America to show her sympathy with peace and justice in the councils of the nations.”

Countless brave men and women who have died serving their country in years past are celebrated on this day. Hall says, “This is important.”

Rocket Man (I Think It's Been A Long, Long Time)
Elton John