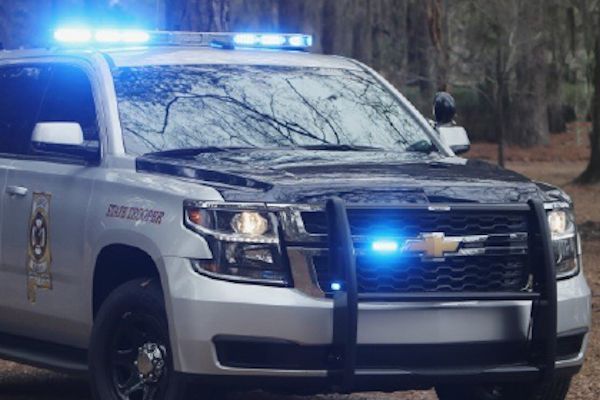 MONTGOMERY, Ala. – The Alabama Law Enforcement Agency’s (ALEA) Highway Patrol division has released a new campaign to bring awareness to driver safety by focusing on topics such as impaired driving and Alabama’s Move Over law.

Despite the recent record-breaking gas prices, troopers with ALEA’s Highway Patrol division are expecting to see crowded roadways once more over this Fourth of July holiday weekend as citizens and visitors from all over travel to various destinations to enjoy time with friends and family. With the anticipated holiday weekend arriving, ALEA would like to remind everyone to “Stay Alive, Think Before You Drive” this holiday season.

“Through the implementation of this safety initiative as well as the utilization of deliberate catch phrases such as ‘Stay Alive, Think Before You Drive,’ it is our sincere hope to capture the attention of citizens across the state to reiterate the importance of safe and responsible driving behaviors,” said ALEA Secretary Hal Taylor. “No parent or loved one should ever have to experience one of our troopers knocking on their front door to inform them that their loved one is not returning home.

This year’s Independence Day falls on a Monday and this means the busy holiday travel period will encompass the entire weekend, beginning at 12:01 a.m. Friday, July 1, and end at midnight Monday, July 4.

Once again, troopers with ALEA’s Highway Patrol division have developed and will be implementing a variety of additional initiatives to make the roadways safer for all through enforcement details along with educational opportunities.

The operation highlights the “Drive Sober or Get Pulled Over” national campaign and consists of informative media day events, line patrol and saturation details along with driver license checkpoints, as well as Light Detection and Ranging (LIDAR) details, which will be conducted in various locations across the entire state.

“Our troopers in the Highway Patrol division have worked diligently to reduce crashes and traffic fatalities across the state through a number of high visibility enforcement details,” ALEA’s Director of Department Public Safety (DPS) Colonel Jimmy Helms said. “However, a main area of focus this year is educating the public on the dangers of impaired driving. We want to educate all motorists on the dangers of impaired driving — some which may seem more innocent compared to others — to reach our goal of all citizens and visitors returning safely home after this holiday weekend.”

In addition to safety reminders such as speeding, following too closely, checking blind spots, and distracted driving, the agency would also like to remind citizens of the importance of staying alert and protecting the state’s first responders, as well as all emergency response personnel by moving over or slowing down when emergency lights are detected on Alabama’s roadways.

“In April of this year, I had the distinct honor of speaking on behalf of ALEA during a work zone safety press conference in conjunction with the Alabama Department of Transportation (ALDOT),” said Michael McBrayer, Chief of ALEA’s Highway Patrol division. “It was here that I witnessed a family that had lost so much, champion the state’s Move Over law and plead for public assistance in keeping our roadways safe for our first responders and emergency personnel.”

In just the month of June, ALEA experienced two troopers being struck while stationed safely on the side of the road in two different areas of the state. Thankfully, both troopers made a full recovery.

“The recent experiences within our agency alone reiterates the magnitude of all motorists staying alert and helping us protect all citizens and visitors traveling within our state,” said  Secretary Taylor. “I wish everyone a safe and enjoyable Fourth of July.”