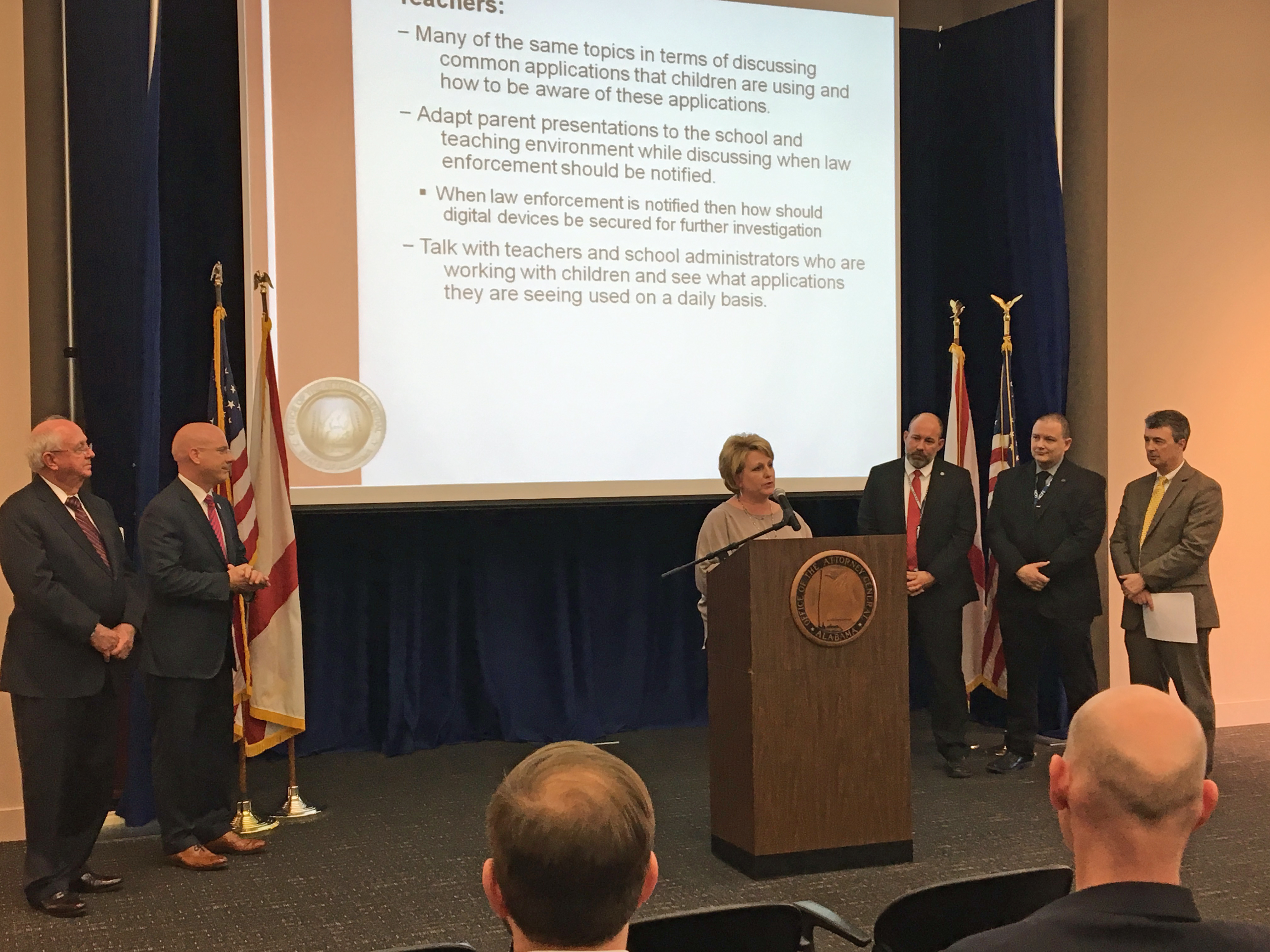 “Since taking office, it has been one of my priorities to provide the resources to protect Alabamians from online threats,” said Marshall, citing an expanded “focus on protecting our young people from online predators” and training programs for schools.

“We are blessed and worked directly with Sylacauga City Schools as we…piloted this program previously,” the Attorney General added.

“Our board in its wisdom several years ago developed a strategic plan, and one of the components of that is that we have resources and support systems for our students,” said Sylacauga’s Freeman, encompassing “a lot of things that we want to do to eliminate the conditions that inhibit a child’s ability to learn.” He also spoke of the importance of safety, of an adult education plan, and the recruiting of Wendy Arnold last summer as counselor with an intervention background to help inform and educate parents “on the realities of the things she was seeing and our other counselors see on a daily basis in schools.”

Noting the school system’s “Face to Face Program” and safety concerns, Arnold explained that “we saw so many of our school children just get themselves into really bad predicaments because of social media.” She reached out to Chris Carden of the Attorney General’s office and former Sylacauga Chief of Police who helped facilitate candid discussions with parents and students.

“There’s a great deal of discussion in this country right now about school safety,” Marshall concluded. “Let’s understand this: that both the Department of Education and the Alabama Attorney General’s office have been talking about school safety for quite some time. This just simply adds to that program as a whole.”

Listen to the announcement here.