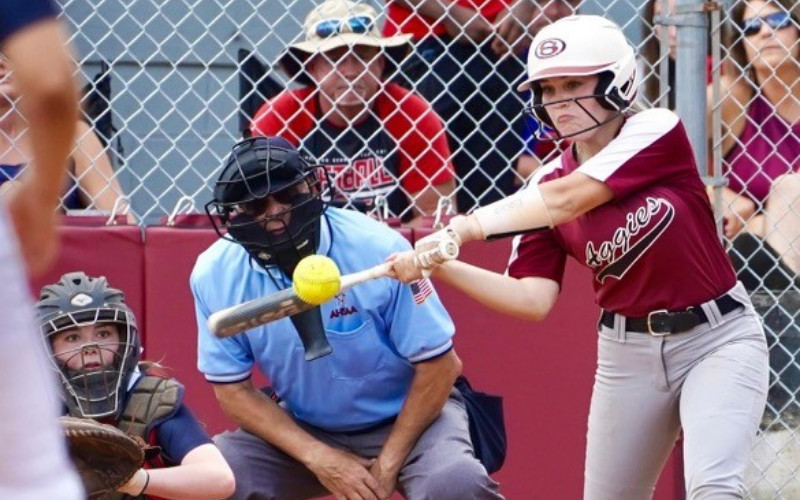 Porch, a junior in 2022, had an incredible comeback season after missing an extended amount of time due to injury during her sophomore campaign. Sylacauga Softball Coach Chad Wilkinson told the Aggie Sports Network one of Porch’s goals this year was simply to play a full, healthy season. He knew if she did, her production would be off the charts.

“Mason is a big asset for our program, and is a big reason for the success we had,” said Wilkinson. “Mason is one of those types of kids you can put anywhere, because she just wants to play the game. She’s one of those players that’s willing to be put in any spot she needs to play. She never complains, and will do anything to help our team win.”

Porch is one of the soon-to-be seniors charged with leading the program in 2023. After the team had tryouts this week, Wilkinson already sees Porch can take ownership of the group.

“She is going to step up alongside our other seniors. She knows when to get on to players when they’re not doing things the right way. She knows when to encourage her teammates to get on the same page she’s on, because she goes all out when she’s on the field. She flips another switch when she steps between those lines, and I’m looking forward to her leadership to help us get where we need to go.”

Home security scammers making the rounds in the Sylacauga area