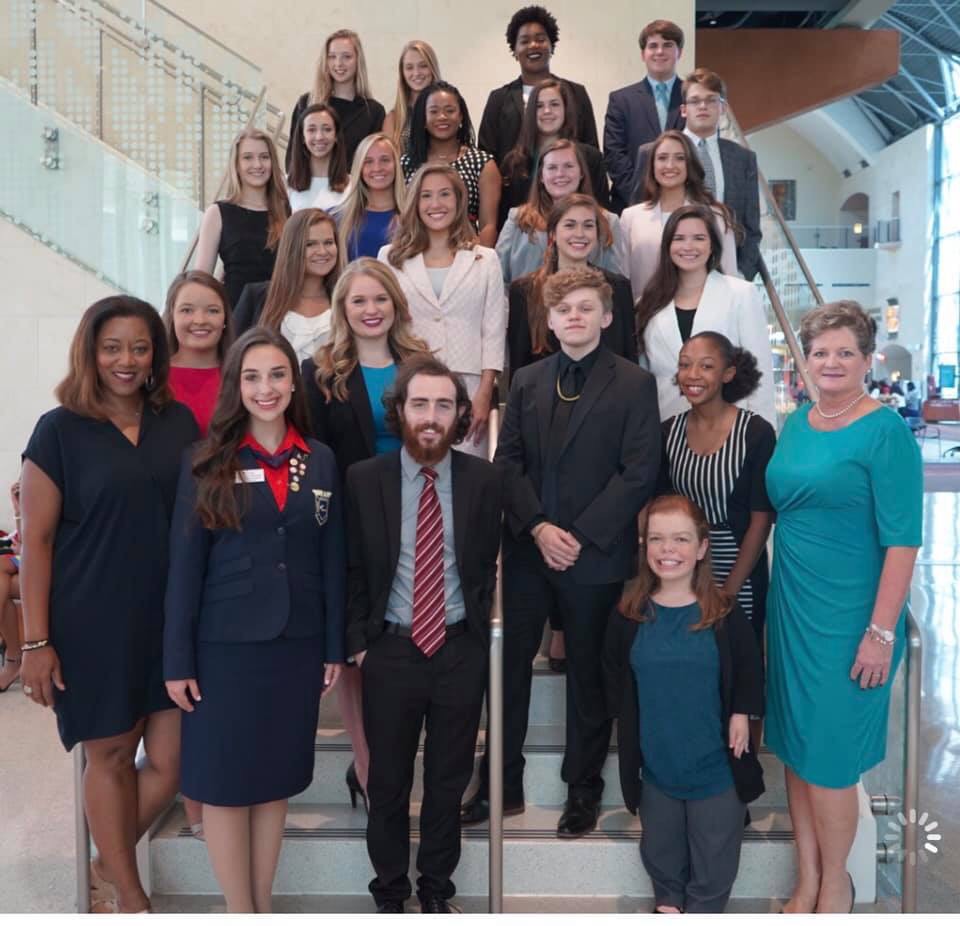 SAN ANTONIA, Texas, – More than 9,200 of America’s best and brightest high school students traveled to San Antonio to Create, Lead, and Inspire as they competed for the opportunity to win more than $175,000 in cash awards. Twenty-two students and three advisers from Sylacauga High School were in attendance.

The Future Business Leaders of America (FBLA) National Leadership Conference was held June 29 through July 3. Participants from across the United States and abroad attended the conference to enhance their business skills, expand networks, and participate in more than 70 business and business-related competitive events.

“Sylacauga FBLA has allowed me to grow in an abundance of ways,” said Bentley Walker, Vice President. “From creating opportunities to get involved throughout the community, leading individuals to success in competition, and inspiring members to build their self-confidence, FBLA encompasses it all. There is nothing like the feeling of walking out on the national stage to accept an award, knowing that all of your hard work has paid off.”

The 2019 National Leadership Conference is the fourteenth consecutive year where at least one Sylacauga FBLA member has placed in the top ten of a competitive event.

The conference is part of a comprehensive national competitive events program sponsored by FBLA-PBL that recognizes and rewards excellence in a broad range of business and career-related areas. For many students, the competitive events are the capstone activity of their academic careers. In addition to competitions, students attended interactive workshops, visited an information-packed exhibit hall, and heard from motivational speakers on a broad range of business topics.

Ella Kate Brooks was one of eight Alabama students leading the entire Alabama FBLA delegation in San Antonio, serving as the state president.