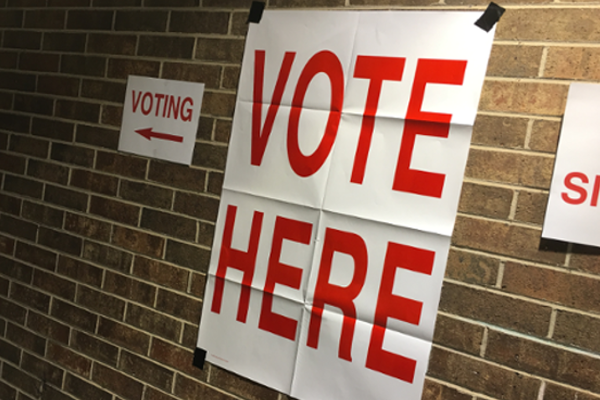 SYLACAUGA, Ala. – Voting Day for the 2022 Primary Election is finally here, and before going to cast your vote, you can view both the Republican and Democratic sample ballots to see who’s running for what.

While the major focus will be on the gubernatorial race this Tuesday, May 24, other notable races include one seat in the U.S. Senate and seven seats in the House of Representatives.

The following state races will also be on the ballot:

Specific district races are not shown on the sample ballots but will be present on the real ballot on the far left margin.

One amendment is also included on the ballot. The statewide legislation of Act 2021-326 is proposing to authorize borrowing $85 million to help the “improvement, renovation, equipping, acquisition, provision, construction, and maintenance of Alabama state parks.” 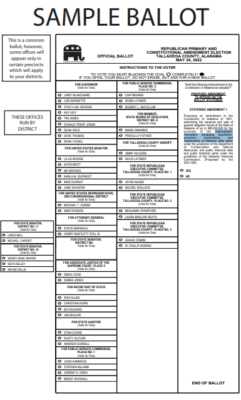 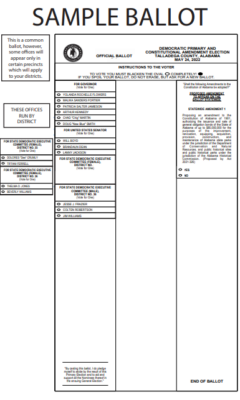 Monday, May 23, is the last day for voters to hand deliver absentee ballots, and all absentee ballots returned by mail must be received by noon tomorrow unless you are an UOCAVA (Uniformed and Overseas Citizens Absentee Voting Act) voter.

If a runoff for any of the races is needed, the primary runoff election date is set for Tuesday, June 21. A runoff takes place in a race if none of the candidates receive a majority of the vote.