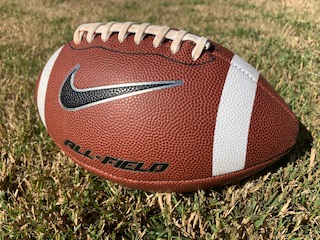 The Super Seven Championships take place at Jordan-Hare Stadium in Auburn on Dec. 4 through Dec. 6. Here is a preview of the matchups taking place throughout the week.

It is a rematch of last year’s 7A championship that saw Central Phenix City beat Thompson 52-7. Since losing to Hoover in the opener, Central Phenix City has won 12-straight games, outscoring its opponents by 349 points. Thompson’s lone loss came in its last regular season game against Hewitt-Trussville. The Warriors defeated Hoover twice this season, including in the semi-finals.

Both offenses have scored over 500 total points in 2019, Central averaging 38.9 and Thompson averaging 42.9. The Red Devil defense has been nine points better than Thompson’s as Central allows 12 points per game. Central is 2-0 in state championship games, while Thompson is 1-1. This is only the second meeting between the two schools.

Statistically, Oxford has the edge over Spanish Fort. The Yellow Jackets are scoring 38.7 points per game and are allowing 13.4. Spanish Fort is scoring 30.8 but are allowing 20.1. Oxford is riding a six-game winning streak into the state championship. Oxford and Spanish Fort have never played each other.

The reigning state champion, Central Clay County, is looking to repeat. The Volunteers beat Vigor 43-42 in last year’s title game. Pleasant Grove is playing in its second state championship game all-time, the first since its loss to St. Paul’s in 2014. Both teams ride massive win streaks into the championship. The Spartans are on a 10-game winning streak, beating Briarwood in the semi-finals 16-14. After an uncharacteristic two-game losing streak in the middle of the season, Central Clay County has won eight-straight games, including its 27-0 shut out of Mortimer Jordan in the semi-finals.

Jacksonville made it to its first state championship game, but the Golden Eagles will be tasked with playing one of the most decorated teams in 4A football, the UMS-Wright Bulldogs. UMS-Wright has played in nine state championships, winning eight of them. UMS-Wright is looking for its third-straight state title, its fourth of the decade and eighth since 2001.

Jacksonville’s high-powered offense will clash with UMS-Wright’s staunch defense. The Golden Eagles are scoring 42.1 points per game, while UMS-Wright is allowing 6.8 points per game. In the opposite matchup, the two units are average, UMS scoring 26.9 per game and Jacksonville allowing 22.4. This is the first meeting between the two teams.

Reeltown will have the near impossible task of scoring on the Fyffe defense. Fyffe has shut out nine opponents on its schedule, allowing 2.6 points per game. North Sand Mountain scored the most points of any team on Fyffe’s schedule in 62-14 win for Fyffe. The Red Devils offense is averaging 41.6 points per game. Reeltown is scoring 36.2 points per game and is allowing 13.3.

Fyffe is the defending state champion, beating Luverne 21-19 in last year’s championship. This is Fyffe’s fifth state championship appearance in the last six years. The Red Devils are 3-2 in the title games, while Reeltown is 3-5.

The defending state champion, Mars Hill, will look to defend Lanett’s Kristian Story, who is committed to Alabama. At quarterback, Story has led the Lanett offense to 36.8 points per game, but Mars Hill has averaged an astonishing 51.5 points per game. Mars Hill has scored more than 60 points in six games this season and more than 50 in eight games. On defense, Lanett is giving up 10 points per game with five shutouts in 2019.

The two teams have never met, but both schools are 1-0 in state championship games.