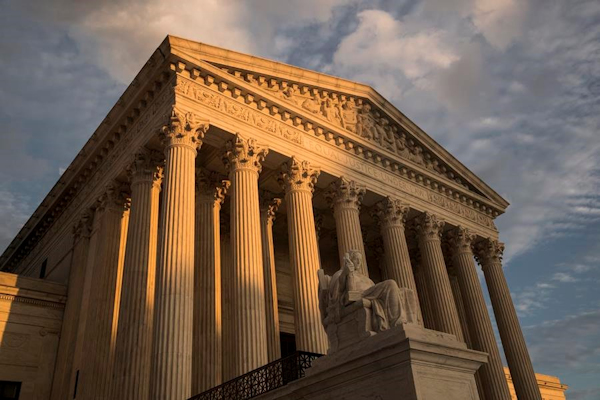 The biggest story in the political world right now is President Donald Trump’s impending appointment to the U.S. Supreme Court. And, like most big political stories, Alabama is right in the middle of it.

Justice Anthony Kennedy’s announcement last week that he will retire at the end of July heightened temperatures for an already red-hot political summer. Kennedy is known as the “swing” justice. In his 30 years on the court, the Reagan appointee has cast decisive votes on cases considered to be big wins for both conservatives (upholding gun rights, striking down limits on political speech, curtailing public sector union influence) and liberals (legalizing gay marriage, upholding Roe v. Wade, limiting prayer in school).

Trump’s nominee to replace Kennedy will likely be a much more reliable vote for conservatives. That means the ideological tilt of the high court could bend toward the right for a generation. Of course, Republicans are salivating over the opportunity to realign the court, while Democrats are in utter dismay.

How is Alabama involved? For starters, one of our own is on the shortlist.

Judge Bill Pryor, a Mobile native, currently serves on the 11th Circuit Court of Appeals, one rung below the Supreme Court. He was the Attorney General of Alabama for six years before President George W. Bush nominated him to the federal bench in 2004.

Pryor is on a list of conservative judges compiled by the Federalist Society from which President Trump is making his next pick. But, he’s not just on the list. He’s toward the top, according to those familiar with the process.

Many thought Pryor came close to getting Trump’s first Supreme Court nomination that ultimately went to Justice Neil Gorsuch. At the time, critics came out of the woodwork to preemptively attack Pryor, from both the left and right. It is hard to say how much the negative attention affected the president’s decision back then, or how it might now. Fair or not, the fact that Pryor has vulnerabilities that can be attacked during the high-stakes confirmation process works against him.

Other shortlist candidates include Judge Brett Kavanaugh of the DC Circuit and Judge Amy Barrett of the 7th Circuit. Barrett is emerging as a favorite for a number of reasons: her age of 46 would ensure a truly long-term appointment, her status as a woman could be helpful to conservatives should the issue of abortion be litigated before the court, and senators would be hard pressed to deny her nomination having confirmed her to the 7th Circuit just a year ago.

The other Alabama connection at play? Sen. Doug Jones.

A few things have changed since then. First, there is one fewer Republican and one more Democrat in the Senate, thanks to Jones (and thanks to Roy Moore, really). Second, the liberal base is more aggressive than ever in demanding Democrats resist Trump policies and actions. Those red state Democrats are feeling newfound heat from progressives in their home states, which adds to the constant pressure they already feel to appeal to conservatives.

Should a few votes fall off, Jones would be in the position of casting a deciding vote on Trump’s Supreme Court nominee. Of course, being a Democrat from Alabama, Jones is under a microscope for every vote he takes in the Senate. He has tried to stake out a middle-of-the-road approach, sometimes siding with the Republican majority and sometimes siding with Democratic minority. But, could you imagine the uproar among Alabama conservatives if Jones cast the deciding vote against Trump’s nominee? Likewise, could you imagine the uproar among Alabama liberals if Jones cast the the deciding vote for Trump’s nominee? He’s probably hoping the margin isn’t close and his vote isn’t seen as consequential either way.

Don’t forget about the involvement of another Alabamian: Attorney General Jeff Sessions. The AG doesn’t normally play an out-front role in judicial nominations. However, the Department of Justice is very involved, and the many Alabamians Sessions installed there will be instrumental in vetting candidates and confirming the eventual nominee.

President Trump isn’t wasting any time and plans to announce his selection by July 9th. Neither is Senate Majority Mitch McConnell, who said the Senate will vote to confirm the new justice some time this Fall.

There’s not a whole lot more dramatic than a Supreme Court nomination and confirmation, politically speaking. Never ones to shy away from the drama, it looks like Alabama will step up to play our part in the show.

Todd Stacy is the publisher of the Alabama Daily News. His 15-year career in Alabama politics spanned from the State House in Montgomery to Capitol Hill in Washington, D.C. Subscribe for free to his daily political news and analysis at ALDailyNews.com.