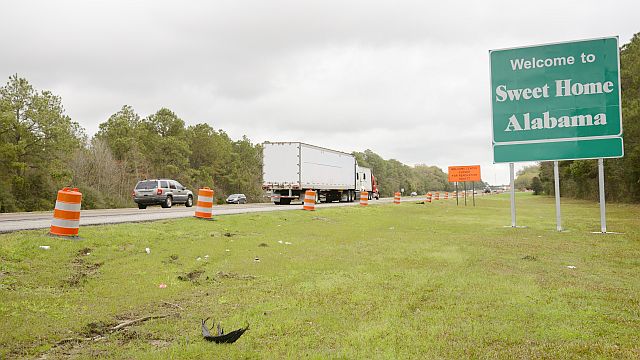 Infrastructure needs are a high priority for Alabama. As the state's population has grown, more travelers are using the state's roads.

This story via Alabama NewsCenter

In economic development, companies consider three key elements as they look to locate or expand in an area. When it comes to business climate and workforce development, Alabama is tops. When it comes to reliability and access to infrastructure, not so much. Shashi Nambisan, executive director of the Alabama Transportation Institute at the University of Alabama, said statistics show the state’s infrastructure needs action now.

The reason is funding. Alabama hasn’t raised its gasoline tax, the primary source of roadway funding, in more than 25 years. In the years since, fuel efficiency has risen in cars and there has been a rise in hybrid and electric vehicles.

Jim Page is chairman of the Alliance for Alabama’s Infrastructure and president of the West Alabama Chamber of Commerce.

“We have not adjusted what we pay at the pump since 1992 and, certainly over a generation, inflation and construction costs, the dollar doesn’t go as far as it did back then. So, we’ve really been declining,” Page said.

“We do think a comprehensive package needs to be introduced where we need to take in technology considerations, the changing way vehicles are being made, all need to be on the table. But, for right now, and we think for the foreseeable future, paying at the pump is still the primary way for us to get revenue for road projects in this state. So a nominal tax increase, at the very least, has got to be introduced for us to be able to catch up.”

Page and Nambisan were on a panel that talked about the infrastructure needs in the state at the Economic Development Association of Alabama’s 2018 Summer Conference. They said Alabama suffers in safety, quality of life and economic development due to capacity and maintenance issues on roads and bridges, and the problem is only going to get worse.

“We have had a tremendous increase in the number of crashes, fatalities related to roadway crashes and, over the last couple of years, we’ve had about 1,100 people who have died from crashes on the roadways in Alabama,” Nambisan said.

“The other part is in terms of economic development,” Nambisan said. “If you do not address the capacity constraints, you will have congestion and, based on congestion, what we project is over the next 20 years, you’re going to see about a 300 percent increase in the delays on roadways. It is not only for us as individuals, but if you look at the freight and commerce activities, that’s a tremendous amount of delays that they encounter.”

Page said his organization and others will push for legislation this year that begins to address the needs in the state.

“Nobody likes the thought of paying more,” he said. “Nobody likes the term ‘tax increase’ or ‘revenue generation’ or ‘revenue enhancement,’ however you want to frame it. But this is a consumption fee that we pay based on our usage. So, while nobody likes that, we have seen numbers that bear out that Alabamians understand that we have to pay our fair share to get the high-quality roads and transportation system that we all want. So, while there is not a great appetite for having to do this, we do know there is an appetite for finally addressing this issue and not kicking the can down the road anymore.”

Page said Alabama is already behind other states that have addressed the infrastructure funding issue. Those states compete with Alabama in economic development and now have an advantage, he said.

“This is such a major topic for Alabama for us to maintain our economic competitiveness, but in the future, we’ve got to be competitive with our sister Southeastern states, many of whom have already addressed this issue,” he said. “We think it’s imperative in the 2019 legislative session that we finally address this issue for the first time since 1992.

“This is a critical component for being competitive for economic development projects and maintaining what we have now, but also being able to recruit new jobs, new industry to this state for the future,” Page said.

The gas tax also is beneficial because others contribute to help maintain and expand our roadways.

“We have such a high percentage of motorists from around the country that use our roads and our bridges to go to the beach or to get from one place to the other,” Page said. “So, really, the only way for us to capture their fair share, so to speak, is paying at the pump when they stop at our gas stations.”