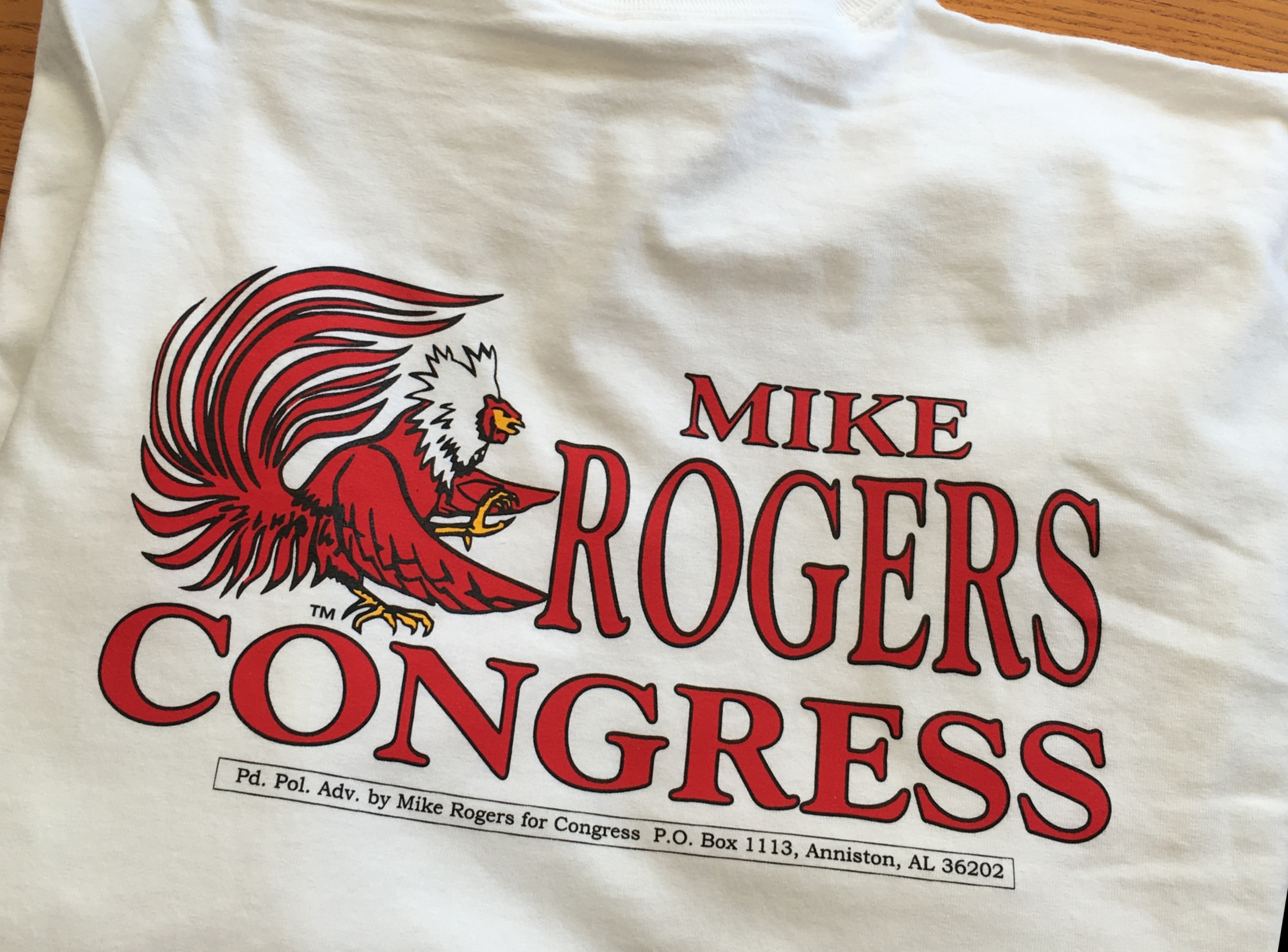 SYLACAUGA, Ala. – Of the many things that might warrant the attention of a seasoned congressman running for re-election, ordering custom 100% cotton campaign T-shirts surely couldn’t be near the top of the list.

But a newspaper writing about a logo licensing mistake made by the company producing shirts for Mike Rogers’ campaign thought it was a big deal.

Although the basics of the newspaper’s story were true, the story as initially written seemed to insinuate the campaign had done something wrong with the school’s property by not asking permission, while also noting that the University didn’t think so — that the logo use wasn’t licensed, but an error was made by a third party licensed to reproduce the logo for other purposes. After publishing and printing on Wednesday night for Thursday’s edition, the newspaper later updated its online version — yet the implication of misuse by the campaign already had some social media momentum.

Even before people started taking sides on social media, we scratched our heads and dug into the facts:

Candidly, the campaign made matters a bit worse by asserting that the article was “fake news”, a phrase that always triggers polarizing comments. In this case, the story was essentially factual, just a bit incomplete, lacking some context, and seemingly implying that the Rogers campaign had wronged the University. Meanwhile, a JSU representative is on record as saying the Rogers campaign “has and continues to follow all rules and policies regarding the use of JSU logos” and was not responsible for the shirts.

It’s not unusual that publishers — even us — update stories as new details become available. In the online world, we can keep telling and refining a story.

The newspaper’s printed edition headline which was also the original overnight headline: “JSU says its logo not approved for use on Rogers campaign shirts”.

The updated morning headline online: “JSU says Opportunity Center not approved for using school’s logo on Rogers campaign shirts”. The Editor’s Note accompanying the update: “This story has been updated to add comments from JSU official Don Killingsworth and Steven Miles of the Opportunity Center.”

The writer didn’t mention that the headline was also updated. In any case, for people who might only read as far as a headline, the change seemed to shift the focus from Rogers to the vendor, so changing the headline alone somewhat changed the tone of the story.

The story is that a company incorrectly used a logo on shirts they’ve been printing for Rogers’ campaigns for years — that a company licensed to use the JSU logo made a mistake, owned up to it, and is taking corrective action.

In the news business, perhaps especially since it’s so easy to publish online, we must be careful about finding and stating all the facts to help people draw their own conclusions — avoiding any perceived spin, so readers, listeners, and viewers who might be inclined to take a “side” will never question our conclusions, integrity, or motives.