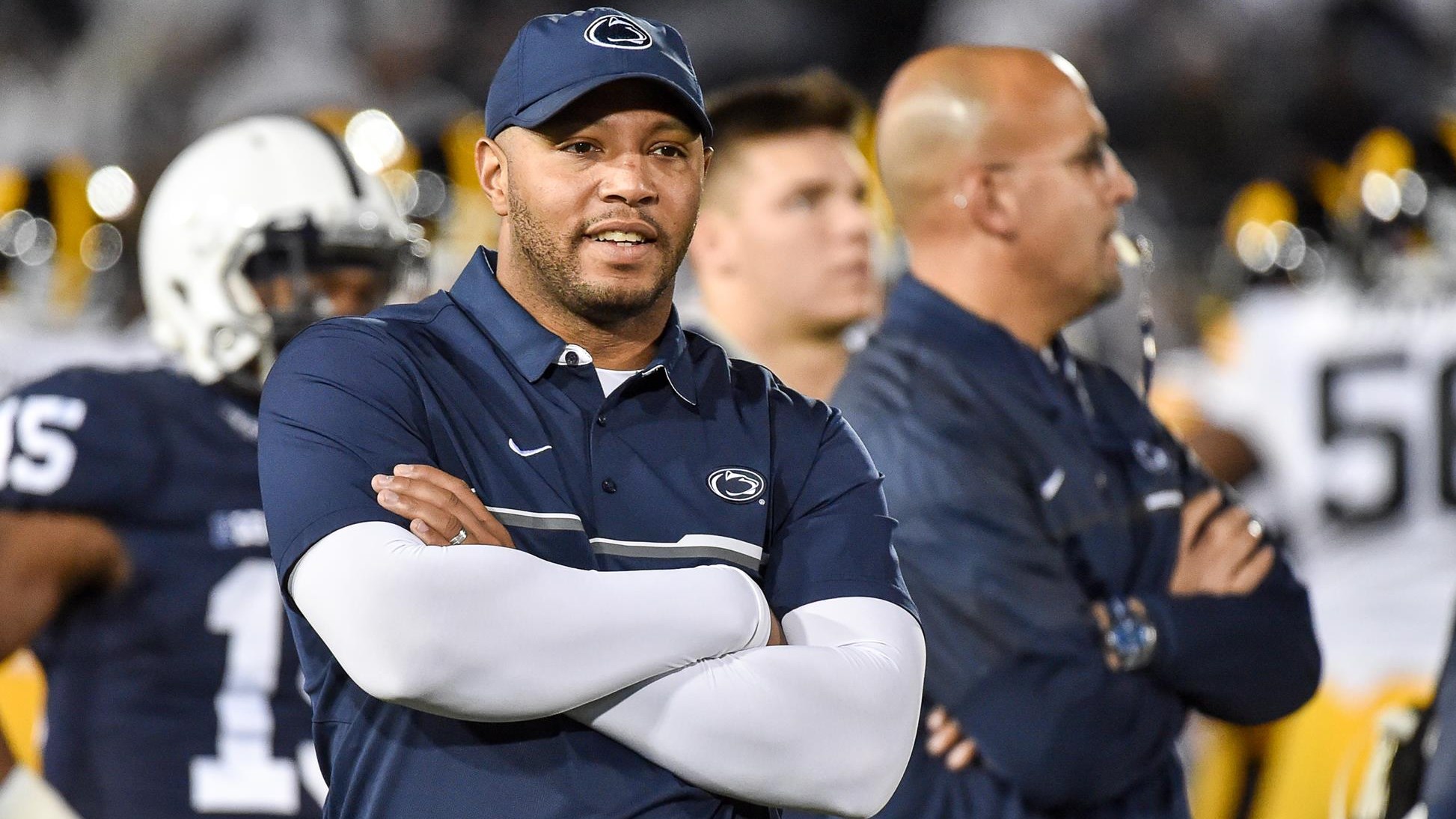 TUSCALOOSA, Ala. – University of Alabama head football coach Nick Saban announced the hiring of Josh Gattis on Wednesday to coach wide receivers for the Crimson Tide.

“Josh Gattis is an outstanding addition to our coaching staff,” Saban said. “He is a sharp, young coach who did a great job at Penn State and Vanderbilt before that, and we believe he will bring great energy to our program. He is an excellent recruiter and knows what he is doing in terms of coaching wide receivers and building relationships with the players. We are happy to welcome his wife Tesa and their son Jace to the Crimson Tide program.”

Gattis brings eight years of experience to Alabama, spending six of those seasons working under James Franklin. The last four seasons, Gattis has served as the wide receivers and passing game coordinator along with leading the offensive recruiting efforts for Penn State. During his time in Happy Valley, Gattis helped the Nittany Lions secure four consecutive top-25 recruiting classes, including a pair of top-15 classes in two of the last three seasons. He was selected by Scout.com as the 2015 Big Ten Recruiter of the Year.

Under his tutelage, Chris Godwin broke the Penn State record for juniors with 11 touchdown catches in 2016. During that same season, Godwin amassed 982 receiving yards on his to way to earning Second Team All-Big 10 accolades in 2016. Godwin would finish his career ranked fourth in Penn State annals for career receiving yards (2,404) and touchdowns (18), while ranking sixth in receptions at 153.

“It is a tremendous opportunity to work for Coach Saban and The University of Alabama,” Banks said. “Coach Saban’s program is the epitome of success and consistency, and to have the chance to be part of that and learn from him is truly a blessing. I am also excited for the chance to work with an outstanding group of players, and I look forward to getting out on that field and coaching.”

Prior to his time with the Nittany Lions, Gattis spent two years on the Vanderbilt staff with Franklin starting in 2012. Serving as the wide receivers coach for the Commodores, Gattis helped Jordan Matthews to All-America accolades twice. Matthews would end his career as the SEC’s leader in receptions (262) and receiving yards (3,759) while also setting the single-season mark for receptions with 107 in 2013.

Before pairing up with Franklin, Gattis spent one season at Western Michigan as the wide receivers coach, where he coached Jordan White to All-America honors in 2011. White led the NCAA in receptions with 140 totaling 1,911 yards during that season and broke numerous Mid-American Conference receiving records.

Gattis began his coaching career as an offensive graduate assistant at North Carolina in 2010.

As a player at Wake Forest, Gattis was twice selected as an All-Atlantic Coast Conference safety in 2005 and 2006. He went on to be selected in the fifth round of the 2007 NFL Draft by the Jacksonville Jaguars. Gattis spent part of the 2007 season with Jacksonville before moving on to the Chicago Bears, where he would spend the 2007 and 2008 seasons.

Gattis and his wife, Tesa, have one son, Jace, and a daughter, Reece. Gattis earned his bachelor’s degree in sociology from Wake Forest in 2006.

All such employment contracts are subject to approval by the University of Alabama Board of Trustees.

Burn Out
Midland
On the Rocks
Listen Live