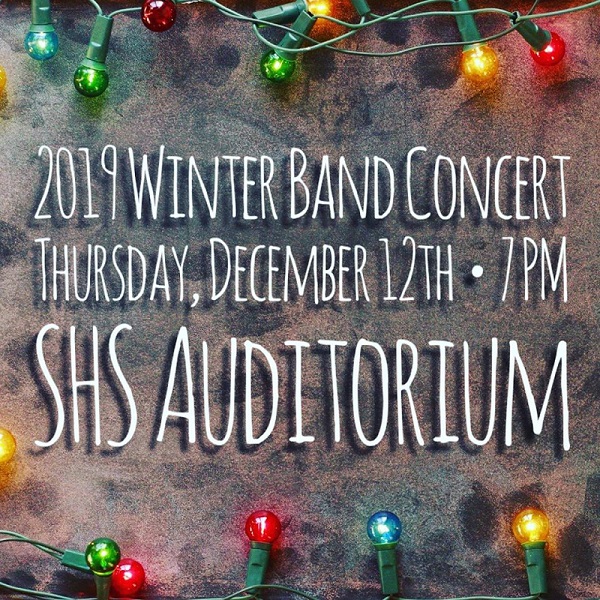 SYLACAUGA, Ala. – The Sylacauga Aggie Band will perform in the 2019 Winter Band Concert this Thursday at 7:00 p.m. in the Sylacauga High School auditorium.

“They have been working on this since the First of November, and had to balance the marching band side with preparing for a concert since the football team kept winning,” said Childs. “It has been a little difficult for them, but we always pull it together.”

Childs says that this is a concert and not a competition of any sort. There will be free admission to all, but donations will be accepted at the door.

According to Childs, some of the pieces the band will perform are Santa’s Journey, The Nutcracker Suite and Fantasy on Deck the Hall.

For more information you can visit the SHS Aggie Band’s Facebook page.