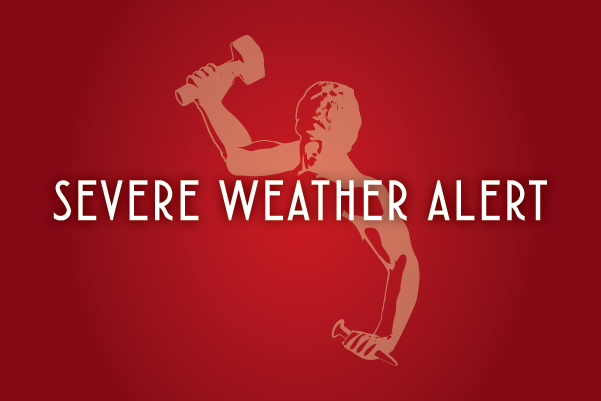 FEMA’s headquarters in Washington, D.C. remains activated, along with the agency’s regional offices in Atlanta, Georgia; Denton, Texas; and Philadelphia, Pennsylvania; and with liaisons at the National Hurricane Center in Miami, Florida.

As of 11 a.m., National Hurricane Center meteorologists said the center of Hurricane Nate, a Category 1 hurricane, was 180 miles south-southeast of the mouth of the Mississippi River. On the forecast track, the center of the storm will move across the Gulf of Mexico today and is forecast to reach Category 2 intensity before landfall along the central U.S. Gulf Coast tonight.

The hurricane is forecast to bring heavy rainfall of 3 to 6 inches with isolated totals of 10 inches east of the Mississippi River from the central Gulf Coast into areas of Mississippi, Alabama and into eastern Tennessee Valley, and southern Appalachians through Monday, resulting in the potential for flash flooding in these areas.  The hurricane’s fast forward speed after landfall will bring tropical-storm-force winds well inland across portions of the southeastern U.S., with the strongest winds expected to occur primarily to the east of the center.

Hurricane, tropical storm and storm surge warnings are in effect for portions of the northern Gulf Coast from Louisiana to the Panhandle of Florida.  Preparations to protect life and property should be rushed to completion in these areas, as tropical storm conditions will first arrive in the warning area this afternoon.  Evacuations are underway in some coastal and low-lying areas.

FEMA is urging residents and visitors in areas along the central Gulf Coast to monitor the progress of the system and heed advice from local officials. For the latest in warnings and watches, go to National Hurricane Center.

In advance of the storm, FEMA liaison officers are deployed to the emergency operations center in Florida, Louisiana, Mississippi, Alabama, and Georgia to help coordinate any requests for federal assistance.

When natural disasters such as tropical storms strike, the first responders are local emergency and public works personnel, volunteers, humanitarian organizations, and numerous private interest groups as well as neighbors helping neighbors. They provide emergency assistance required to protect the public’s health and safety and to meet immediate human need.

On Oct. 6, President Donald J. Trump signed an federal emergency declaration for 17 parishes in the State of Louisiana to provide federal assistance to supplement state, tribal and local response efforts as a result of the Tropical Storm Nate, at the request of Governor John Bel Edwards.

At all times, FEMA maintains commodities, including millions of liters of water, millions of meals and hundreds of thousands of blankets, strategically located at distribution centers throughout the United States and its territories.

History shows that storm tracks can change quickly and unexpectedly. Residents and visitors in areas potentially affected by the severe weather in the central Gulf Coast, should monitor local radio or TV stations for updated emergency information, and follow the instructions of state, local, and tribal officials.

Updated information about hurricane, tropical storm and storm surge watches and warnings is available from the National Hurricane Center.

The FEMA app (available in English and Spanish) provides a customizable checklist of emergency supplies, directions to open shelters and recovery centers, disaster survival tips, and weather alerts from the National Weather Service. The app also enables users to receive push notifications reminding them to take important steps to prepare their homes and families for disasters.

FEMA urges residents and visitors in areas potentially affected by the storm should monitor the progress of this system for the next several days, heed instructions from local officials and follow the below preparedness and safety tips:

For a tropical storm:

Businesses of all sizes should prepare in advance for the approaching storm to prevent loss of life, property, or disruption to operations. Businesses can review and update their business continuity plans and ensure their workforce knows what to do before and during the storm. Resources are available on web sites such as Ready.gov/business and the SBA.gov/disaster-planning.