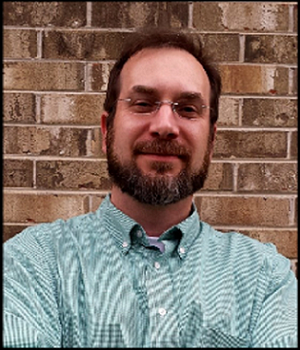 Author and historian Mike Bunn will share the story of Alabama’s territorial and early statehood years – time in which the state both literally and figuratively took shape. He will relate the story of the remarkable changes that occurred within Alabama in a relatively short period of time, as it wrote a constitution, built a capital, and petitioned for statehood in less than a quarter century. The compelling story of our state’s past is rich with stories of early settlements, border disputes, charismatic leaders, and rugged frontiersmen.

Bunn serves as Director of Historic Blakeley State Park in Spanish Fort. He is author or co-author of several historical books that include: Early Alabama: An Illustrated Guide to the Formative Years, 1798-1826; Alabama From Territory to Statehood: An Alabama Heritage Bicentennial Collection; Well Worth Stopping to See: Antebellum Columbus, Georgia Through the Eyes of Travelers; Civil War Eufaula; Battle for the Southern Frontier: The Creek War and the War of 1812; and Images of America: The Lower Chattahoochee River. He also serves on the boards of several local and statewide historical and cultural organizations. His undergraduate degree is from Faulkner University and his two master’s degrees are from the University of Alabama. He and wife Tonya and daughter Zoey live in Daphne.

Refreshments begin at 11:00 a.m. followed by the program at noon.