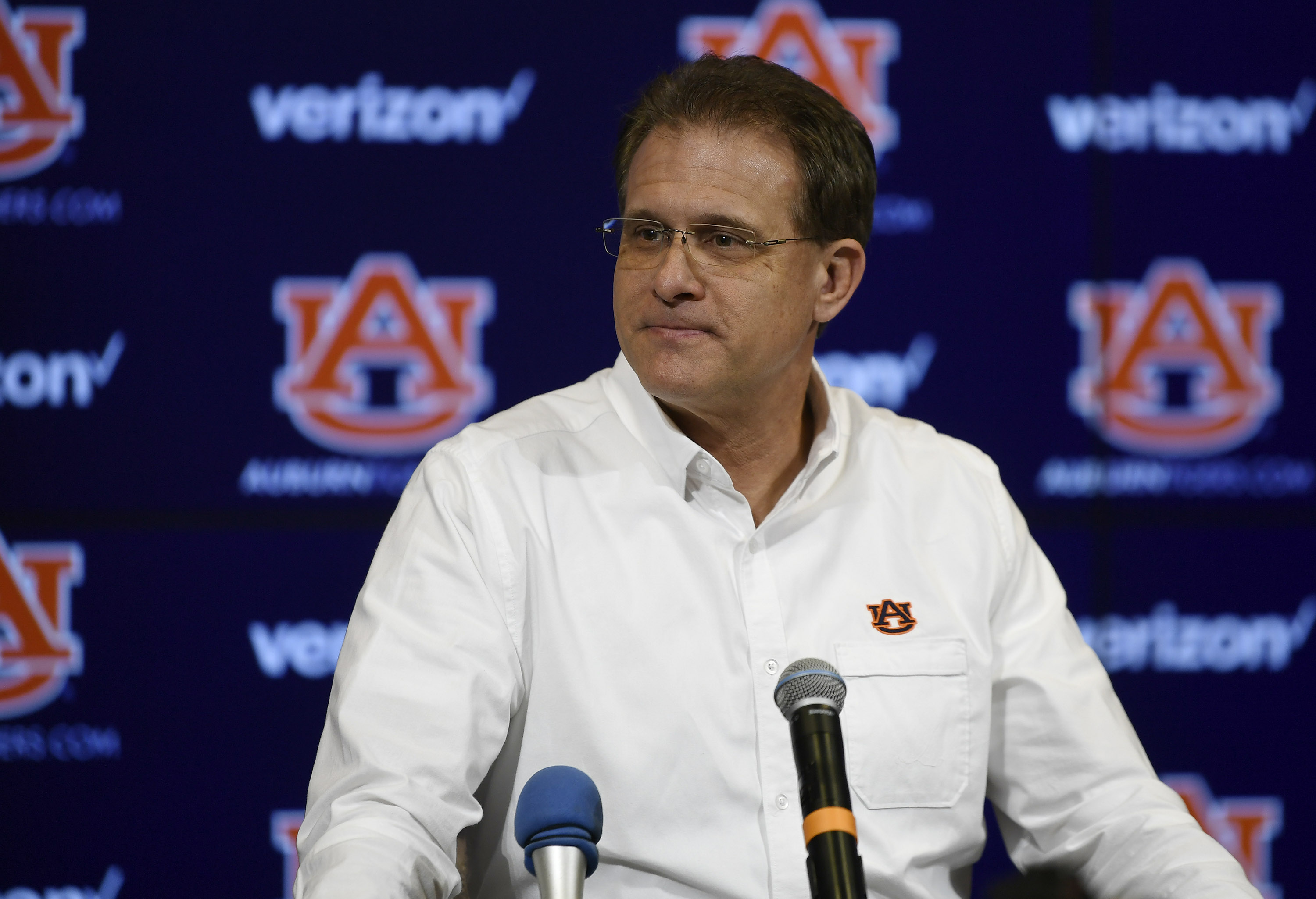 The most important question facing Auburn football in 2019 is not the sexiest thing to talk about.

Auburn’s Gus Malzahn took the podium on Thursday at SEC media days to field questions about his team. Fortunately for Malzahn and his team, the basketball and baseball programs shielded them during the spring from prolonged conversation regarding the 2019 season. Only since Auburn baseball’s elimination from the College Baseball World Series has the conversation shifted to football.

Several questions have percolated the Auburn atmosphere, mainly regarding the quarterback situation and Malzahn’s regained control of the offense.  Of course, the starting quarterback is important, and an effective offensive philosophy is necessary to manufacture success. Nonetheless, these are not the most important questions facing Auburn football as they enter the 2019 season, but rather, it is the question of the offensive line and its improvement.

It is fun to talk about the quarterbacks and the play calling, but without a great offensive line, there is no hope to win the SEC. It has been said time and time again that the key to winning the SEC is in the trenches. There is no doubt that Auburn has a wealth of riches on the defensive side of the ball. What about the offense?

Last season, Malzahn’s running game produced its worst yards per carry total of his tenure at 4.3. Four of Auburn’s five losses came when the Tigers rushed for 4.3 yards per carry or less.

These numbers illustrate that Auburn struggled to run the ball between the tackles. A revolving door at center and an inexperienced assortment of linemen contributed to the Tigers’ shortcomings in this area.

This season, no excuses can be made as Auburn returns all five of its starters on the offensive line, culminating in 104 career starts. Malzahn has by far the most experienced offensive line in the conference as the next closest is Georgia with 83 career starts.

For Auburn to improve its running game, the interior offensive line will have to step up its game, especially at the center position. While senior Kaleb Kim made eight starts last year, Nick Brahms started five games as well. Auburn will need to lock down the position for a strong, leading presence in the interior.

With a freshman starting at quarterback, the running game has the ability to take the pressure off of the young, learning quarterback. Even an experienced quarterback in Jarrett Stidham struggled to win games with his arm alone, so Auburn does not want to find itself in a similar position to last season where that was necessary at times. It would spell disaster for an inexperienced quarterback.

Furthermore, Malzahn isn’t going to change his offense. The philosophy will still be built around a strong, physical running game that is necessary to set up the pass. If that’s the case, Auburn better be able to run block.

Unfortunately for Prince Tega Wanogho and Jack Driscoll, it seems Auburn’s tackles have been lumped in with the poor display last season. It is actually a different story when discussing pass blocking.

Auburn made noticeable improvements from 2017 to 2018 in sacks allowed as it lowered the number from 36 to 23, which tied for sixth in the SEC. The tackles and Auburn’s pass blocking wasn’t the issue, but if an inexperienced starting quarterback isn’t enough reason to want to buy time to make plays or avoid mistakes, take a look at the Tigers’ passing statistics when the quarterback faced more pressure.

It is simple mathematics. Protect the quarterback, and good things will happen.

A lot of talk has been made about the quarterbacks and the offensive strategy for 2019, but if the offensive line doesn’t see improvement, none of it will matter. Of course, sometimes a great quarterback can overcome a subpar offensive line. Unfortunately for Auburn, Tom Brady isn’t on the roster.

This season, Malzahn is under a microscope because he has taken back control of the offense, and last year’s results were nothing short of disappointing. The pressure is on for Malzahn to succeed, and without an offensive line, he won’t.